Vintage synthesizers have not only shaped the musical landscape of the past decades – but they are also in great demand in modern productions. We won’t go into very technical details, so this is an easy read, a kind of short history of the most ingenious vintage synthesizers everyone should know.

Around 1969 Robert A. Moog decided to make his huge modular systems portable for the mobile keyboard player; the result is the Minimoog Model D. “Shrunk” on three oscillators, the most famous filter circuit (Moog Ladder / 24 dB Lowpass), a mixer that can level and mute including External In and Noise, two ADS envelopes with switchable decay, some fixed Modulation connections, and the 44 key keyboard make the “Mini” the perfect partner for bass and lead sounds.

Everything is designed for maximum user-friendliness and transparency: What you see is what you hear, because the signal flow of the synthesizer can be logically followed on the control panel. The Minimoog was retrofitted on the back of the control panel with CV inputs for loudness, filter & oscillator, and on the left side with CV & Gate each in 6.3 mm mono jack. You can see that this timeless classic is around 45 years old. In this particular case, this can be considered historical, a real unique piece that was played and also “loved” and still will be. 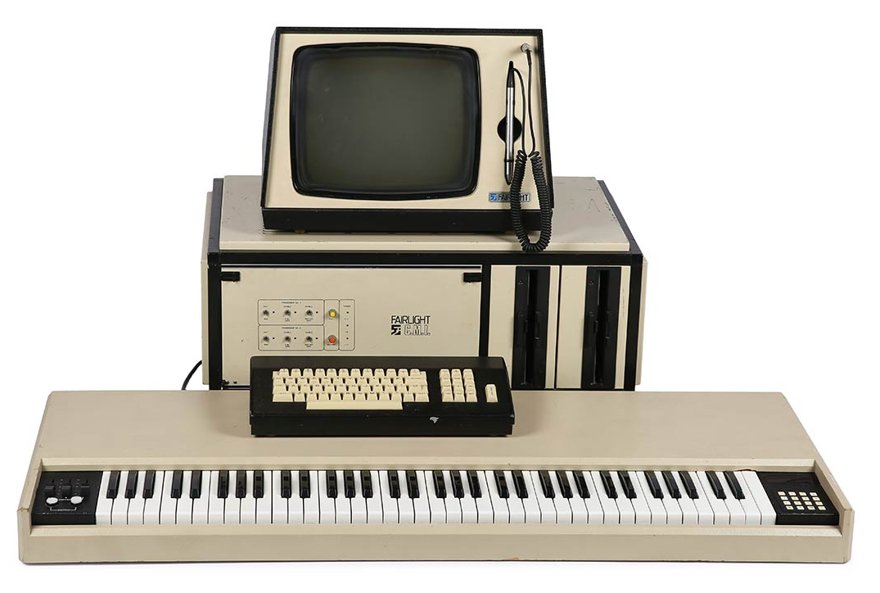 In 1979, the Fairlight Computer Music Instrument (CMI) is released – a revolutionary digital instrument. Actually, it is not a real instrument, because it is primarily a sophisticated audio recorder, designed as a sampler and universal production tool. Back then, he had a significant impact on the professional studio scene, and today you can confidently call him a legend that helped make music history.

The Fairlight CMI IIx came on the market in 1983 and consists of several components, each packed in its own housing and connected with cables: 73-key keyboard, control unit, screen, computer keyboard. From today’s perspective, the technology used in it is from yesterday, but that is exactly what still gives these sounds their own character. If you want to get one, you have to search and find.

The monophonic, semi-modular Korg MS-20, which was released in 1978, became a monument through its flexible sound processing. Outstanding was the external signal processor, which allowed the conversion of audio signals in control voltages. Other basic features of the Korg MS-20 include two oscillators and associated mixers. Of course, the MS-20 is not a real modular synthesizer, but at least a well-stocked monophone with extensive patch options. The intrinsic noise of the Korg MS-20 mini is really hair-raising.

There is NO replacement for the filter characteristics of an MS-20. Despite rising prices, the Korg MS-20 is worth the money! The investment in an MS-20 is therefore still worthwhile in many cases …

The 21kg heavy Roland Jupiter-8 is one of the most popular analog synthesizers. It was built from 1981 to 1985. The ROLAND JUPITER-8 is undisputedly one of the great analog classics of its time. First of all, what distinguishes the Roland Jupiter-8 is its incredibly balanced – and at the same time modern – design. Secondly, its rich, warm, wide analog sound, peppered with pleasant properties such as fast envelopes, cross modulation, a very good sounding filter, layer sounds, and other exquisite things. Third, its excellent performance thanks to the large faders, the expansive bender / LFO section, the grandiose arpeggiator, the good (analog) connection options, and of course the “I have to attack” design.

The Jupiter-8 is undoubtedly one of the best-sounding, character-rich polyphonic analog classics that the 80s produced. Unfortunately, the Jupiter-8 is also very susceptible to repair and rare. The prices are almost utopian.

The polyphonic synthesizer Sequential Circuits Prophet-5 developed by Dave Smith and John Bowen is one of the greatest classics of the 80s – a true vintage synthesizer. After a very successful start in 1978, the Prophet-5 became the best-selling (professional) instrument from Sequential. From 1978 to 1984, at least 8000 pieces were produced. The model for the Prophet-5 was primarily the Minimoog (quasi “THE ideal” monophone). The Prophet-5 is and remains one of the most powerful analog synthesizers of all time. Measured against comparable instruments.

It is astonishing how the classic Prophet 5 still moves the mind today. The fact that the Prophet-5 is still not very common on the used market today, clearly shows that this legend has probably found its permanent place in countless studios forever. 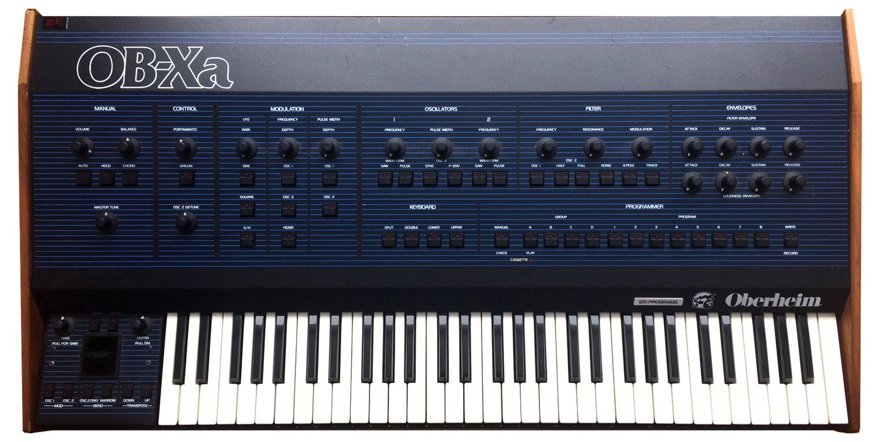 At the end of 1980, the Oberheim OB-Xa was launched. It is an analog subtractive synthesizer that is remembered for its punchy pads and basses. There are three variants with four, six, and eight voices of polyphony. Oberheim OB-X is one of the top 3 best-sounding synthesizers. Every single voice of the OB-X sounds a nuance different, which results in an extremely lively and full sound. The OB-X is a very sought after device today and practically hard to get. One reason is sure that it was only produced for a year. In total, fewer than 800 devices are said to have been built. 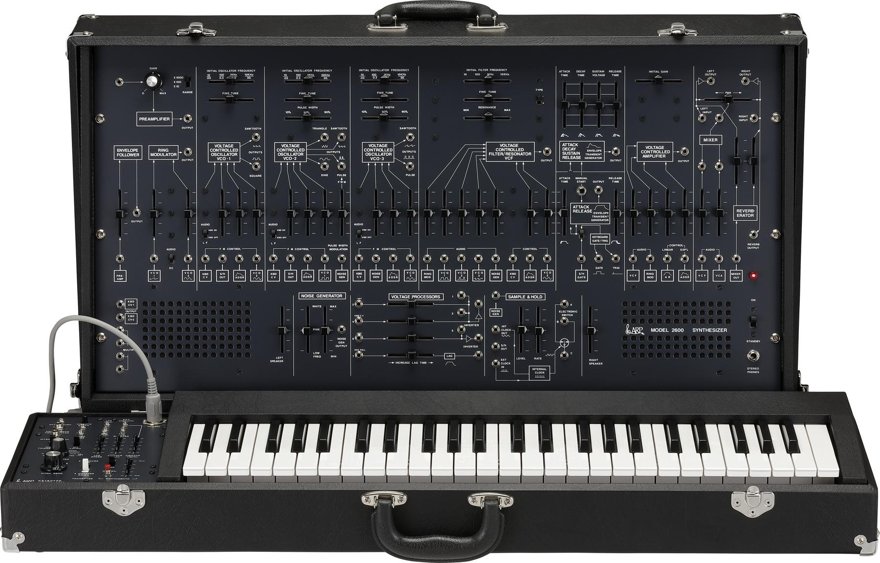 The ARP 2600 was built from 1971 to 1981. During this period, approximately 3,000 instruments left the Massachusetts manufacturing facility. With a total of approx. 30 kg, the instrument can be classified as a lightweight – for a quasi modular system from the 1970s. The synthesizer and keyboard are housed in two separate cases. The synthesizer itself is equipped with 57 faders and 81 jack sockets. “The ARP Model 2600 Synthesizer is a compact, portable, integrated, dependable, rugged and supremely flexible synthesizer” – ARP 2600 original manual quote. The instrument is extremely clear and can be operated extremely efficiently thanks to the internal pre-wiring of the individual modules.

Developed by Wolfgang Palm, the PPG Wave hybrid synthesizer creates a sensation with its at the time innovative wavetable synthesis and outstandingly good-sounding filters. In the early 1980s, PPG was one of the few German companies to achieve world fame with their PPG synthesizers. The PPG Wave 2.2 appeared in 1982, followed in 1984 by the PPG Wave 2.3, which was finally built until 1987.

With eight polyphonic voices, the PPG Waves corresponded to the standard of the time. With the voice expansion rack (5 U) PPG EVU, the number of voices of the PPG Wave 2.3 could be doubled. Wavetables contain 64 different waveforms that can be played individually or in sequence. Unfortunately, real PPG waves are very rare today and mostly also very expensive.

The Yamaha DX7 was the first mass-produced synthesizer to support FM synthesis, heralding the age of digital synthesizers. It was made from 1983-1987. Thanks to the novel FM synthesis, flutes as well as bell and string sounds can be played, which can not be implemented with subtractive synthesis. Especially popular was Patch 11: A simulation of the Fender Rhodes Electric Piano, which was used in countless ballads of the 80s and early 90s. But also fat basses come out of the device. Hardly any other synthesizer before and after him shaped the pop music of his era as elementarily as the Yamaha DX7. The DX7 has an FM chip of the first generation and it provides 6 operators. These are sine wave generators that can be tuned as well as linked in 32 so-called algorithms. The sound of the Yamaha DX7 is on everyone’s lips again today.

The Korg M1 is the pioneer of all workstations. With this synthesizer, it is possible to produce a complete song using just one device. Its sound generator is based on the in-house AI synthesis with sampled waveforms. The only four megabytes of small ROM memory houses real instruments in the form of 144 samples in 16 bits. The preset bank contains 100 multi-sounds and 44 drum and percussion samples. Among the highlights of the Korg M1 is the simultaneous playback of up to eight sounds. In addition, the Korg M1 Music Workstation features 61 velocity-sensitive buttons, three envelopes, a digital low-pass filter, and two LFOs. Two effect processors with different effect types, such as reverb, delay, chorus, shelving EQ, and distortion additionally add value to the included sounds. The 16-voice synthesizer was often used in house productions of the 90s – especially the still popular Preset Organ 2 (Robin S – show me love). The M1 was built from 1988 to 1994, it should have been sold up to 250,000 copies. Classic simply remains classic – and everything that came after the M and T series never again achieved the cult status of these extremely successful Korg series, which significantly influenced the sound of an entire pop era at the end of the 80s. The M1 Sound still has a certain fascination, it is even almost vintage.

When it comes to musical instruments, the word “vintage” gets a very special shine. These vintage synthesizers are considered legendary. To this day, many lovers of synthesizers are found and every year comes with a number of new models on the market, some of them striving to bring these vintage sound back to the attention of the new audience. A cheaper and more affordable option is to use virtual instruments and software synthesizers developed by skilled engineers and programmers who tried to reproduce this charismatic and full of character sound of the ’80s and ’90s.

What famous synths do you still know or you already own, which do you think we have forgotten? Write to us a comment below. 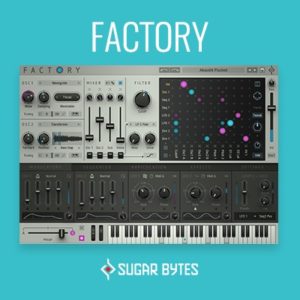 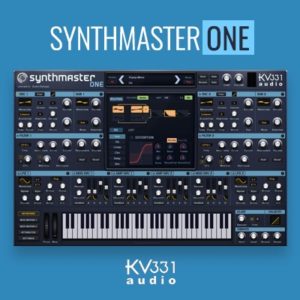 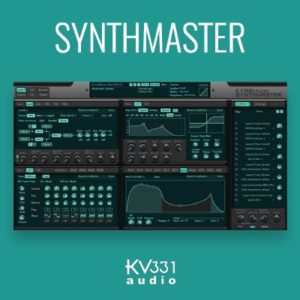 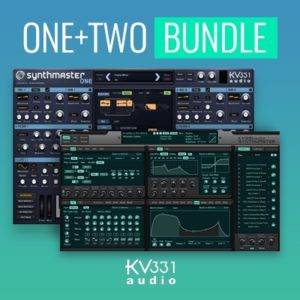 The post 10 Vintage Ingenious Synthesizers Of All Time appeared first on Producer Spot.

How To Build A Synthesizer Made Of Light

Save 70% on Rackmode Signal Processors by Cherry Audio