At Point Blank, you can expect to be taught by some of the best in the business. Each of our instructors is selected for their combination of talent, music industry experience and tangible success- which they pass on to you in the classroom. Each is a true professional in their field and our team in Los Angeles is no exception. For this Instructor Spotlight, we will be interviewing the renowned engineer-producer and PBLA sound design guru Christopher Fudurich.

If you’d like to learn from some of the best in the industry, be sure to check out our Point Blank LA courses. Plus, they’re 25% off until this offer ends on 28th September so be sure to sign up using the code LA25 when enrolling. 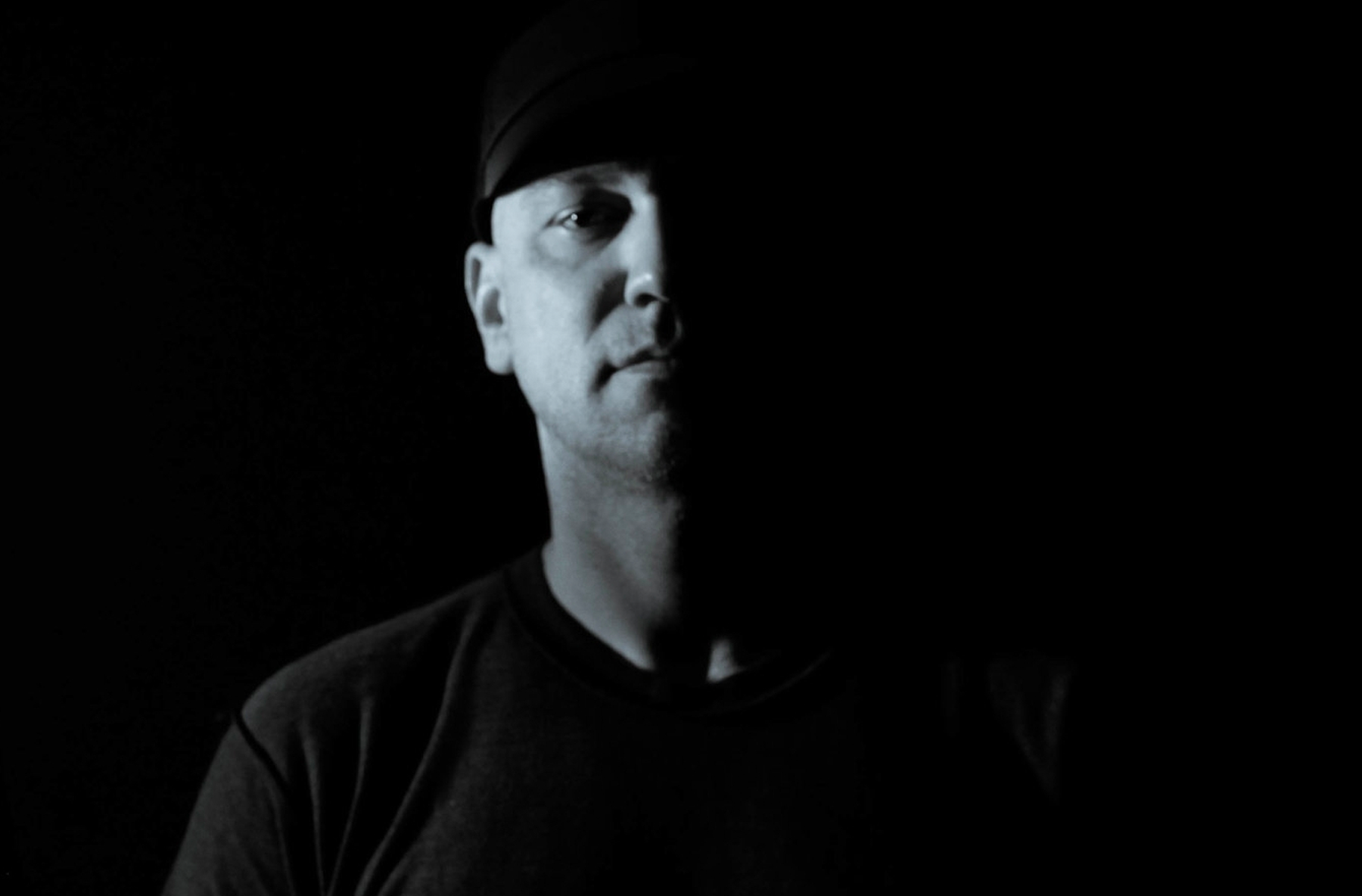 Christopher Fudurich is a critically-acclaimed producer with more than 20-years of experience in the music industry. He brings an exceptional blend of skill, creativity and technological knowledge to his projects – from album production, recording, engineering and mixing to sound and lighting design and live production. An accomplished musician and gifted listener, Fudurich is an artist’s dream. He’s able to translate creative concepts and turn them into sound reality. He’s one part of the synth-pop duo MODERNS as well as PBLA’s Sound Design instructor and has produced and mixed albums with a broad range of artists, including Jimmy Eat World, Reubens Accomplice, Ozma, Taxiride (for which he received an Australian platinum album for “Garage Mahal”), Matthew Sweet, The Dan Band and The Outline (featuring members of Milo Green, Superhumanoids and Grouplove) and more.

What first drew you towards engineering & producing, and what were your first studio gigs like?

I was fascinated with music and sound from a young age, but I think playing with a Moog synthesizer at my local Radio Shack as a wee lad got me hooked in. I was kind of thrust into studio gigs just out of high school by running a local 16-track analog facility where I was able to experiment on my own music and sometimes (to my chagrin) others’. It wasn’t until after college, that I ended up working in professional situations. I was lucky enough to work with members of Sheryl Crow’s Tuesday Night Music Club and was able to serve as assistant engineer / MIDI programmer to a few heavy-hitter producers and engineers where I learned even more. There’s nothing like literal real-world experience.

Who or what have been the biggest influences on you as an engineer/producer?

I’ll say equipment first. Being able to hear and understand what certain microphones and preamps sounded like as I was learning was invaluable. But also, the artists that are creative with equipment. Hearing Beatles records as a child, all the way up to NIN and Radiohead, had a massive sonic impact on how I put together music.

What are your favorite styles to work in, or listen to now?

I really love pure acoustic music, but I also love pure electronic music. I enjoy working in any style, but anything ambient or sonically interesting appeals to me. What I’m listening to really depends on mood and what I’m working on at the moment for reference and perspective. My own project MODERNS is very electronic with minimal acoustic instruments. The past week I’ve been recording/mixing a live EP of songs played all acoustic in the same room. To relax, I quite enjoy ambient electronic stuff with minimal vocals, or none at all – they distract me sometimes. It’s also kind of a double-edged sword as I listen for a living, so sometimes resting my ears by not listening to anything appeals to me!

The tracks you’ve released with your own group MODERNS (with singer Rosie Okumura) showcase your mastery of synth arrangement. What are your favorite analog or digital synths to use in that project?

I find myself always gravitating to the Moog Memorymoog, one of my most prized synths. It’s absolute museum quality and it works perfectly, which not many of the old synths do these days. After that would be the Roland Jupiter-6. Those two have created the majority of sounds for MODERNS. I use a ton of other stuff as well, but these two are at the top of the list. There is nothing like playing a synth and moving those knobs to manipulate the sound. You can actually feel the electricity inside them.

You worked on two highly-praised Nada Surf records, The Proximity Effect (1998) and Let Go (2002). Any special memories or techniques to share from those sessions?

I was engineer and played on a couple of Proximity Effect tracks while my friend Fred Maher produced so I didn’t have much sonic control over that record. I don’t really recall doing anything out of the ordinary. Engineering-wise, it was a pretty straightforward indie rock album – quality songwriting and guitars. For Let Go, I found myself at the helm in the studio and was able to experiment with sound a lot more. We treated the drums with material and odd micing techniques, involved synthesizers and vocoders, recorded through tubes with microphones in them, used early loopers, etc. Pretty much anything laying around got used and didn’t do what one would usually default to doing.

You’ve been on some pretty high-profile projects, including Pitbull and Britney Spears. What can you tell us about those?

Those types of sessions might not be as exciting as you’d think! They do their vocals and you never see them again. It’s all built and manipulated in the studio. Fun gigs that look good on a resume, but nothing that I’d hold close to my heart.

You’re also an in-demand live sound engineer. How’d you first get into front-of-house work? How is it different from studio engineering for you?

Like most of my career, I stumbled into it. About 15 years ago, I used to manage a band that was on Capitol. I did all the studio work and when it came time to play, I kinda defaulted to mixing them. I didn’t really know what I was doing, but it worked out. After that project disbanded, I worked with their subsequent individual projects. A couple that went on to do fairly well and ended up doing the same studio-to-live thing, so I had to really figure it out. About five years ago, my partner and I had split up and I was approached by a band if I’d be interested in doing a tour with them as the FOH engineer, and I said sure. it turned in to a thing, and have been doing that professionally since.

You tour frequently doing FOH sound for Yes, Social Distortion, and Grouplove. What runs through your mind when you’re mixing hits like “Owner of a Lonely Heart” or “Ball and Chain” in a live show?

Actually, in those situations, I’m listening to the mix, not the song or any history attached to it, if that makes sense. It’s all keeping things balanced and making moves to shape the progression of the song. It’s usually only afterwards on reviewing the board mix of the show that I get to listen as a fan. Also, Social Distortion hasn’t played “Ball and Chain” in their set for a while. I’ve never inquired, but I get the sense that it’s just one of those songs he’s overplaying live at the moment.

What have you enjoyed most about teaching at Point Blank?

I’ve quite enjoyed teaching the Sound Design class, as it’s perfectly in my wheelhouse. The most satisfying aspect of it is watching when an important concept clicks in a student’s mind, and you see the look of recognition, and the smile that they actually get it. Making that connection and sharing knowledge is great food for the soul. 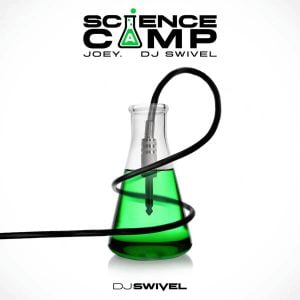 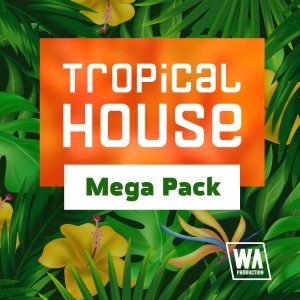 Tropical House Mega Pack by W.A. Production on sale at 95% OFF