Audio mastering is one of the dark arts – equal parts critical listening, esoteric sound science, and magic touches made with high-end equipment and software. But what exactly makes for a great master recording? Point Blank Los Angeles caught up with our resident mastering instructor Paris Minzer (of Frogtown Sound) to see who his top 5 favorite mastering engineers are, and what makes their best tracks so stunning.

If you’d like to learn to mix, master and produce music like a pro, we’d highly recommend checking out our line of courses in Los Angeles.

The longest-tenured mastering engineer currently alive in the United States, Vlado has seen it all. In modern times, he was very early to recognize the potential advantages to a “digital only” approach to modern mastering, and this track is a shining example of a hot mix that needs to be preserved exactly as it was, without any transient impact loss or stereo image degradation induced from analog-digital conversion. Seven years later, this song still hits harder than most, even as in-the-box mastering becomes more and more mainstream.

The late Tom Coyne was considered by many top engineers as possibly the greatest M.E. of his generation, and his longtime assistant Randy Merrill is living up to his legacy. There are engineers who master pop, and then there are the guys who master Taylor Swift and Adele. That’s Randy! His brilliant command of the lead vocal – in proper balance with the rest of the instrumentation – is his signature calling card, and the envy of mastering engineers around the globe.

“When Hip-Hop Went Hi-Fi” is the best way to describe Brian. He Just always just sounds so… expensive. From Dr. Dre and Eminem to 2Pac and DJ Quik… Brian helped make hip-hop into a hi-def Hollywood experience. You can’t not groove to his tracks! His distaste for limiting guides the groove and defines the sound of an entire generation of rap.

Greg Calbi – ‘The Less I Know The Better’ by Tame Impala

I love Greg. He’s the standard-bearer for indie rock in the United States. His first big hit as a mastering engineer was the Ramones’ debut album in 1976. The keys to his longevity are his deft handling of the low end in rock and roll (which is notoriously difficult to balance as levels get hotter and hotter) and his ability to translate to smaller systems – he’s one of best in the world at smartphone and Bluetooth system translation. Remember all those times you were drunk in a bar and started singing along to MGMT’s “Electric Feel” on a rinky-dink sound system? Thank Greg!

Chris is the best rap mastering engineer in America today. It’s not that he wasn’t always one of the best: he’s been doing this a long time. But his particular signature expertise – subharmonic enhancement and frequency-selective saturation – has perfectly aligned with the evolution of the genre into its present form. It’s a perfect marriage, and being the go-to mastering engineer for the biggest artist in the world today is a testament to his genius.

Want to learn how to master your own tracks to a professional level? Check out Point Blank LA’s Audio Mastering course, taught each term by Paris Minzer. Got any questions? Don’t hesitate to contact us. 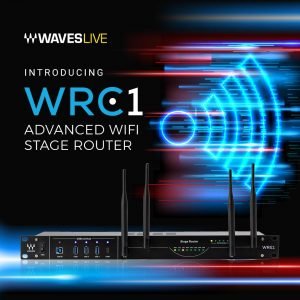