Sound Magic has announced availability of Yangqin, its latest hybrid modeled virtual instrument featuring a Chinese hammered dulcimer. The trapezoidal yangqin is a Chinese hammered dulcimer, derived from the Iranian santur. It used to be written with the characters 洋琴 (lit. “foreign zither”), but over time the first character changed to 揚 (also pronounced “yáng”), […] 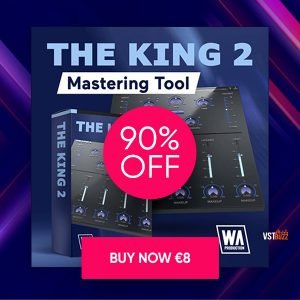 Save 90% on The King 2 multiband compressor by W.A. Production