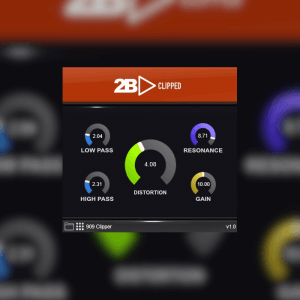 2B Played Music has announced the release of a free audio plugin based on the distortion and filter engine of its 2B Filtered effect. The large distortion knob first adds some character to the sounds you put through the plug-in, but as soon as you open the distortion knob more than half it will transform […]

The post 2B Clipped free distortion plugin for Windows appeared first on rekkerd.org.